The history of Jenkki

Fun and always in touch with the latest trends – that’s what springs to mind when you think of Jenkki. The brand has lived, grown and evolved with the Finnish people for more than 70 years. Jenkki is the first and most studied chewing gum with xylitol in the world and has reached iconic status. Jenkki is synonymous with the word “chewing gum” for the Finns. 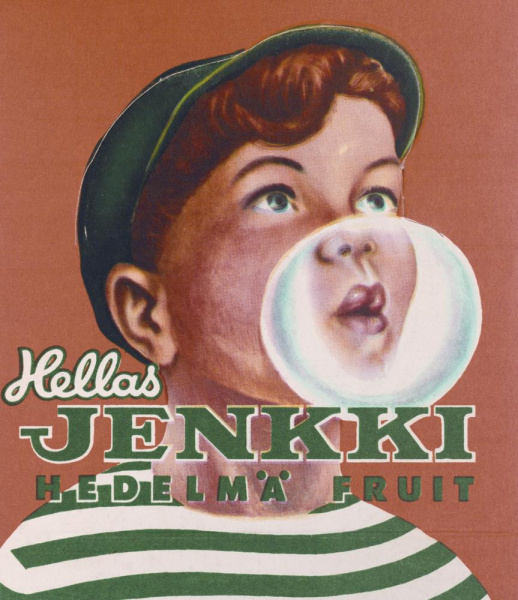 1950 Jenkki was created in 1951 in Turku, Finland by the Hellas company and has become the best-known chewing gum in Finland. The name Jenkki means “Yankee”, and was chosen due the popularity of the United States in post-war Europe.

The original Jenkki was wrapped in shiny wax paper. Back then, chewing gum was seen as a fad and something only kids did, a filthy habit that could get you detention if you were caught chewing in school.

Jenkki made history in media on August 13, 1957 when the Finnish advertising-funded Mainos-TV first started broadcasting commercials on television. Jenkki was one of the three clips shown on the very first commercial break.

1960 Beatles-mania and Jenkki followed the spirit of the times closely and introduced a series of “signed” Beatles photos.

1970 The first xylitol chewing gum in the world, Xylitol-Jenkki, was introduced to the market in 1975.

1980 In the late 80’s the Finnish Dental Association was the first in the world to issue xylitol recommendations. All Jenkki-products have the recommendation even today.

2000 Health claim for 100% xylitol sweetened chewing gum was approved by the EU in 2009. The wording of the approved claim is as follows:

Full xylitol chewing gum has been shown to reduce dental plaque. High levels of dental plaque are a risk factor for the development of caries in children.