The history of Venco

Venco – the biggest brand of liquorice in the Netherlands

Venco’s rich history and broad product range have made it one of the leading brands of liquorices in the Netherlands, and one of the most well known. 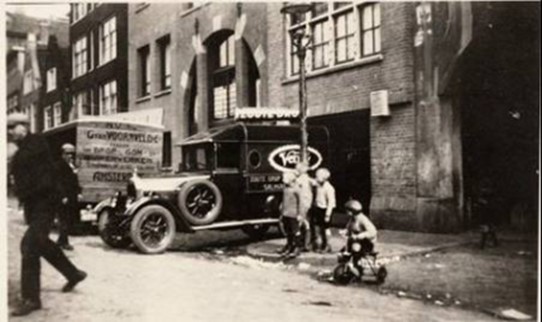 1878 The Dutchman Gerrit van Voornveld started to produce liquorice and peppermints at a steam factory in the Spuistraat district of Amsterdam.

1890 The office moved to Singel, an area by the river. Due to the high demand for cough drops during the flu epidemic of 1891, the company grew, revenues increased significantly and the factory flourished. In 1899 the Dieperink brothers took over the company.

1900 Liquorice, peppermint and jujubes have long been known for their cough suppressing effects, and in the nineteenth century these delicacies where only available at pharmacies and drugstores. In 1904 the factory moved to the Jordaan district of Amsterdam. As a tribute to the company’s founder, the factory and the company changed name to Venco (Voornveld en Co).

1940 Venco continued to grow, and the company began to sell its products to confectioners and grocers. After 1945 the Jordaan district no longer offered opportunities for expansion, and once again Venco moved following a merger with Red Band in Roosendaal – first to Naarden and later to the municipality of Roosendaal in the Province of Noord-Brabant in the south of the Netherlands.

1970 Venco was progressive in the field of youth advertising. After advertisements aimed at mothers, Venco was looking for a new way to make the youth fall for the Venco brand at an early age. While enjoying a nice liquorice (named the ‘Jeugdrol’), the youth could enjoy the adventures of Kasper Kwiek, the new comic book hero of Venco.

1990 After the 1970s, a real concentration of confectionary producers emerged. Small entrepreneurs joined forces or merged into large conglomerates. CSM acquired Venco and Red band in 1986 and a few years later in the mid-nineties RBV Leaf took over the confectionary branch of CSM.

2000 In 2012, the company merged with Cloetta. Venco is one of the leading brands within Cloetta.

Venco has a ‘passion for liquorice’ and over the years it has introduced an extensive and diverse range of unique, iconic and top selling items like Schoolkijt: the undisputed number 1 of Venco and the Netherlands!

When Dutch think of liquorice, they think of Venco.