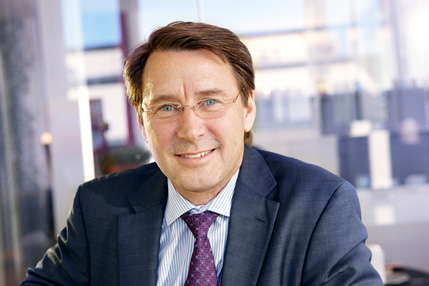 The improvement in operating profit, adjusted for items affecting comparability, was driven by increased efficiency in the supply chain and good cost control. The gradual improvement that Cloetta has shown over the past few quarters has thus continued. Profit before tax has been affected by planned financial one-time costs resulting from the refinancing and early redemption of the senior secured notes. This will contribute to lower interest expenses for Cloetta already in the coming quarter.

Cash flow from operating activities amounted to SEK 116m (174). The change in cash flow is among other things due to the one-off cost for refinancing. The net debt/EBITDA ratio improved to 2.76x (3.39).

The confectionery market was unchanged or showed overall slightly positive development in Sweden, Finland, the Netherlands and Italy. In Denmark and Norway, market development was slightly negative in the quarter.

Cloetta’s sales declined by 0.8 per cent in the quarter, of which organic growth accounted for -0.7 per cent and exchange rate differences for -0.1 per cent. The downturn in sales is mainly attributable to a weak sales development in the Netherlands and the UK.

Cloetta’s sales were up in Sweden, Finland, Italy, Norway and the export markets. In the Netherlands, the UK, Germany, Denmark, and in contract manufacturing, sales declined. The positive sales trend in Sweden and Finland was fuelled mainly by pick-and-mix. Italy showed growth in sales for the first time since 2013 as a result of stabilized market development, but the market is still relatively weak. In Norway, sales increased mainly in sugar confectionery.

The price of sugar has increased in the past year and in line with our pricing strategy we must therefore raise prices towards the customers. The price of hazelnuts has fallen, which has led Cloetta to make certain price adjustments for seasonal products in Italy. Cocoa prices have increased somewhat during the year and prices remain high.

In the third quarter Cloetta entered into a new term and revolving facilities agreement with a group of four banks, in total amounting to the equivalent of SEK 3,700m. During the quarter, the new facilities were used to refinance bank loans and to redeem the senior secured notes that were issued in September 2013. Excluding the one-off expenses of around SEK 49m that we have recognized in the third quarter, the facilities agreement, together with the redemption of the senior secured notes, is expected to reduce the Group’s net interest expenses by approximately SEK 140m over a five-year period, of which SEK 50m in 2017. The lower interest expenses will further improve Cloetta’s cash flow.

Profitability moving in the right direction

Although we have seen a stabilization of the market in Italy during the year, profitability has not improved. We are therefore closely following and reviewing the development of the Italian business.

It is always our ambition to strive for organic growth every year. The focus in the coming quarter will therefore be on ensuring that we drive the all-important seasonal sales, above all in Italy but also in Sweden. Profitable growth therefore remains our primary focus.

This information is information that Cloetta AB is obliged to make public pursuant to the EU Market Abuse Regulation and the Securities Markets Act. The information was submitted for publication, through the agency of the contact person set out below, at 08.00 a.m. CET on 27 October 2016.